There has been some controversy surrounding this announcement with the Irish Congress of Trade Unions General Secretary Patricia King and the General Secretary of the retail union Mandate Gerry Light quit the Low Pay Commission on the basis that the group’s proposed 10 cent increase did not go far enough to address the needs of minimum wage workers. HABIC on the other hand, in our Submission to the Low Pay Commission recommended that they not increase the NMW.

On March 6th (before we took on COVID as a nation), HABIC made a Submission to the Low Pay Commission on this very topic – National Minimum Wage. In our Submission Introduction HABIC states the following…

In our submission to the Low Pay Commission we state The Reality of running an SME in Ireland:

The Reality…
The cost of running an SME in Ireland is out of sync with the ability and willingness of the
consumer to pay higher prices for services or goods received, ultimately resulting in the
threat of substitution or in the contraction of spend ability. Therefore, any additional increase
in the national minimum wage will, without doubt, result in job losses and SME closures.
Like ISME, HABIC hold the position that incremental and modest increases in the National
Minimum Wage does not support the low-paid in a real and substantial manner. It will not
remove poverty traps for vulnerable workers. If government want to really support these
workers, they need to move more towards reducing the Cost of Living in Ireland.
Furthermore, the uncertainty of the effects of Brexit on the Irish economy and, most recently,
the threat of the Coronavirus leaves the economy and all enterprises in a vulnerable and
unknown position.

This submission was written and submitted on Mar 6th, we knew then very little of what 2020 would hold for us all as consumers, workers and business owners. Despite the considerable lobbying for the living wage, the increase of 1% is lower than the average increase over the past number of years.

That said – it is important now as you plan for your business in 2021 and as you set your KPI’s for the year, that you are mindful of this increased cost.

Should you wish to read our full Submission to the Low Pay Commission on the National Minimum Wage – Read More!

Add vote and comments to text box below Cancel reply 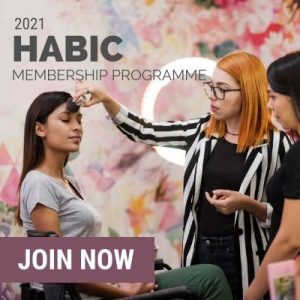